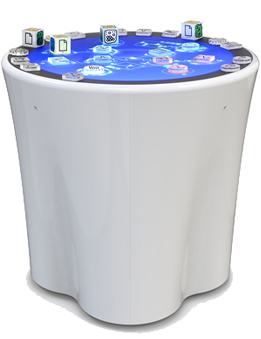 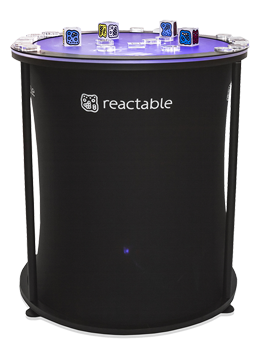 The Reactable was conceived and developed since 2003 by a research team at the Pompeu Fabra University in Barcelona. Sergi Jordà, Martin Kaltenbrunner, Günter Geiger and Marcos Alonso presented their creation for the first time in a public concert at the International Computer Music Conference 2005 in Barcelona. In 2009 the company Reactable Systems was founded to meet the demand and to further develop the instrument and its possibilities. Ten years later Reactable Systems ceased its commercial operations and has been eventually dissolved in 2022. We are currently working on the preservation of the award-winning instrument in the form of a Reactable legacy system.